The first chapter is mainly about Ansible structure and characteristics, mainly includes the following:

Ansible orchestration engine can complete configuration management, process control, resource deployment and so on. Ansible based on the Python language, built by Paramiko and PyYAML two key modules.

hosts including the web1, web2, web3.

Ensure that the service is active Nginx

Plugin (plugins): complementary module functions by means of plug-in to complete the log, e-mail and other functions.

Script (playbook): Ansible task defined profile, a plurality of tasks can be defined in a script, the Ansible performed automatically by the control operation of the plurality of tasks hosts simultaneously manage multiple remote hosts.

Connector plug (connectior plugins): Ansible plug connector is connected to each host based, and is responsible for communication are managed nodes. Because support other connection methods except SSH connection methods, it is necessary to connect the plug.

Ansible host system by the control operation of the managed node can be divided into two categories, i.e., ad-hoc and playbook.

ad-hoc mode using a single module, to support the implementation of a single batch command.

playbook mode Ansible primary management, a complete set of Functional playbook by a plurality of task. (Playbook can be understood through a combination of a plurality of ad-hoc operation profile) 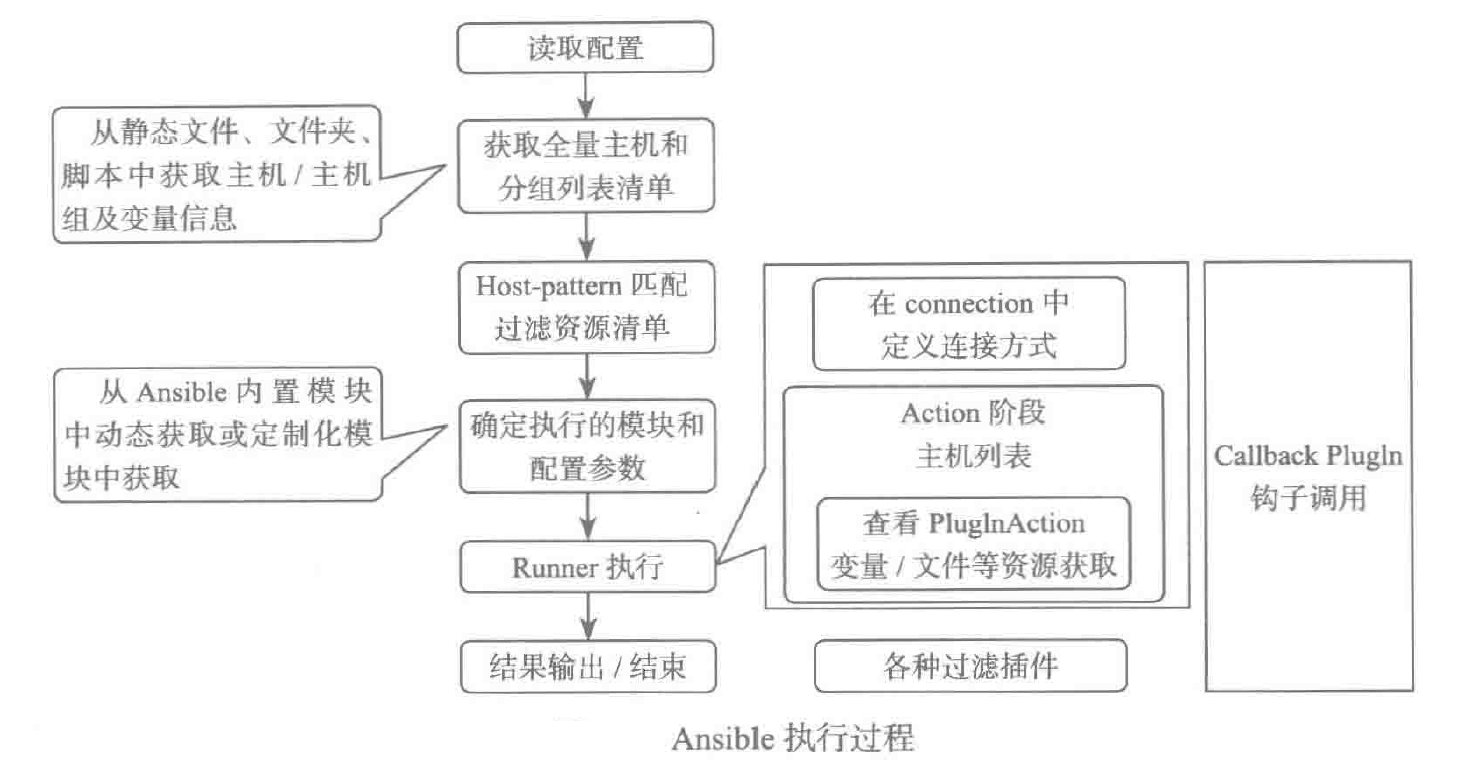 The syntax is simple, easy to read

Managed nodes do not need to be installed client software

To facilitate the management of small-scale scenes

A large number of built-in module

Ansible contrast with other configuration management

Is there a client

Whether to support secondary development

The key idea is that the computer is Ansible a group, rather than a separate machine, or “multi-layer arrangement of” thinking. Avoid the certificate exchange, as well as the problem of reverse lookup DNS and NTP. YAML configuration file format, easy to use.