An article on the source of three concurrent Bug, please keep your eyes open to see that they talked about the visibility / atomic / ordering three issues, which are usually contrary to our intuition and thinking patterns, and it leads many concurrent Bug

In order to solve the short-board CPU, memory, IO, increasing the cache, but this led to a visibility problem

The compiler / processor without optimization (Java code is compiled into Java bytecode will, bytecode classes loaded into the JVM, JVM byte code execution, must be transformed into the final assembly instruction executed on the CPU) , resulting in ordering problem

The original intention is good, but raises new problems, the most effective way to disable caching and compiler optimization, although the problem can be resolved, but “back to the original starting point, just stood before the mirror,” is very embarrassing, we the performance of the program on worrying.

As we do not want to write a program ape bug affecting KPI, so I hope the memory model is easy to understand, easy to program. This requires a strong memory-based model to write code

As compilers and processors do not want outsiders to deal with it is very slow, so I hope they are bound by the better memory model can be optimized without authorization by them, which requires a weak memory model

As the saying goes: “There is nothing that can not be solved by a meeting, if there is, then open again” ?

JSR-133 experts have a new idea, since it can not completely prevent caching and compiler optimization, then disable the cache on demand and compiler optimization, demand is to add some constraints, including constraints on the simple mention an article the main contents of visited volatile, synchronized, final three keywords, as well as the principles Happens-Before you might have heard of (include constraints visibility and orderliness), Happens-before rule also chapter

In order to meet the strong demand of both, to take care of both sides of the emotional reason that: JMM procedures ape said to a white lie: “Happpen-Befores will strictly abide by the rules, will not reorder” the program to ape assured, but in private It has its own strategy:

Reordering the results will change for the program, JMM requires compilers and processors must prohibit such reordering.

Reordering will not change the result of execution for the program, JMM compiler and processor not required (this allows reordering JMM).

Let’s use a diagram to explain:

This is the good faith lie, although it is a lie, but still takes care of the interests of the program apes, so we only need to know happens-before rules can be guaranteed (pictures for a long time, do not know if the lies ?, welcome to leave a message)

Having said that, first look at a piece of code takes you step by step into the Happen-Befores principle, to see how to use this principle to solve the problem of visibility and order:

A thread of execution is assumed writer method, B reader thread execution method, printed x may be 0, the article described: Because the code 1 and 2 there is no data dependencies, it may be reordered

Therefore, the thread A flag = true when x is written but not reassigned thread B may have been printed x is 0

So try to flag plus the volatile keyword:

Even adding the volatile keyword, this problem is not resolved before java1.5, but java1.5 and after the volatile version of its semantic enhancements made, the problem is resolved, which is inseparable from Happens-before rule constraints a total of six rules, let me see

Each operation of one thread, happens-before any subsequent operations on the thread
The first principle is a feeling in the ideal state of “nonsense”, and the above-mentioned circumstances and will reordering appear contradictory, note that this is a thread operation, in fact, implies “as-if- serial “semantic: it means as long as the results will not be changed, no matter how” Sort “, is right

This rule is a basic rule, happens-before rule is multi-threaded, so to other rules and constraints together in order to reflect its sequential nature, do not worry, continue to look down

I will add two lines of code above program stated:

Here related to the volatile memory enhancement semantics, first look at the tables:

From the last one can be seen in this table:

From the second to last row of this table it can be seen:

Achieve volatile memory semantics is applied to the “memory barrier” because it totally alone enough to write a chapter here in order not to obscure the protagonist Happens-before aura, maintaining an understanding of the continuity Happens-before, do not do too much to explain

Here, look at this rule, seemingly did not solve what problem, because it also joint third rule only works

As can be seen from FIG.

Mystery to be unveiled: If the thread B reads the flag is true, then x = 42 and y = 50 thread B will certainly be seen, this is enhanced Java1.5 of (the previous version could be written ordinary variables and writing volatile variables reordering)

Usually three rules above, is a joint constraint, here you understand? Rules not finished, continue to look

A lock for unlocking happens-before subsequent lock this lock

This rule, I think you should be most familiar with, it is to explain the synchronized keyword, view

First obtain a lock thread releases the lock on the assignment after x, and then get another lock, will be able to see the changes to the assignment x, it is so simple, please see above junior partner program with the following command, and look sync block synchronization methods are converted into assembly instructions What is the difference?

This is related to synchronized semantics, small partners can first understand their own, the contents of the lock will be explained in detail

Thread 1 saw the results of all assignments before the main thread calls thread1.start (), there is no print “main thread ends,” You know why? This daemon thread related knowledge

If thread A executes operations ThreadB.join () returns successfully, then any of the following happens-before thread B to the thread A in the () operation successful return from ThreadB.join, rules and start the contrary, the main thread wait for the child thread B A complete, when the child thread B is completed, the main thread can see the assignment of sub-thread B, the program will make a small change, you will know in seconds

“The main thread ends,” the words printed out myself, and still have a relationship when the thread exits

Happens-before focusing on solving a front operating results for a visible operation, I believe that here, you already know about Happens-before rules that solve the visibility and multi-threaded programming of ordering problem, but has not completely solve the problem of atomicity (except synchronized)

Multithreading series as a whole will follow my outline rhythm to write, but if you have any doubt, welcome to multithreading series of questions I alone establish message articles message summary, I would be a unified response, many if common questions, I will insert the relevant chapters do explain alone

Related tags and send the article, I will be synced to the code base, the public number reply “demo”, click on the link, you can find concurrency subprojects

If the article helpful, please forward the small partners to share more of your friends, we progress together

Sync block synchronization methods and what is the difference in the compiled CPU instruction?

Thread has Daemon (Daemon threads) and non-Daemon thread, the thread exit strategy you know it?

What other doubts do you have about Happens-Before?

Many forms of this paper is pasted from the official website, how to convert it directly into the MD table it? So https://www.tablesgenerator.com/markdown_tables can help you, whether it is generated MD table, table or paste content generation and content are excellent, of course, more than MD table, you have found it, more tools, public No. reply “tools” get 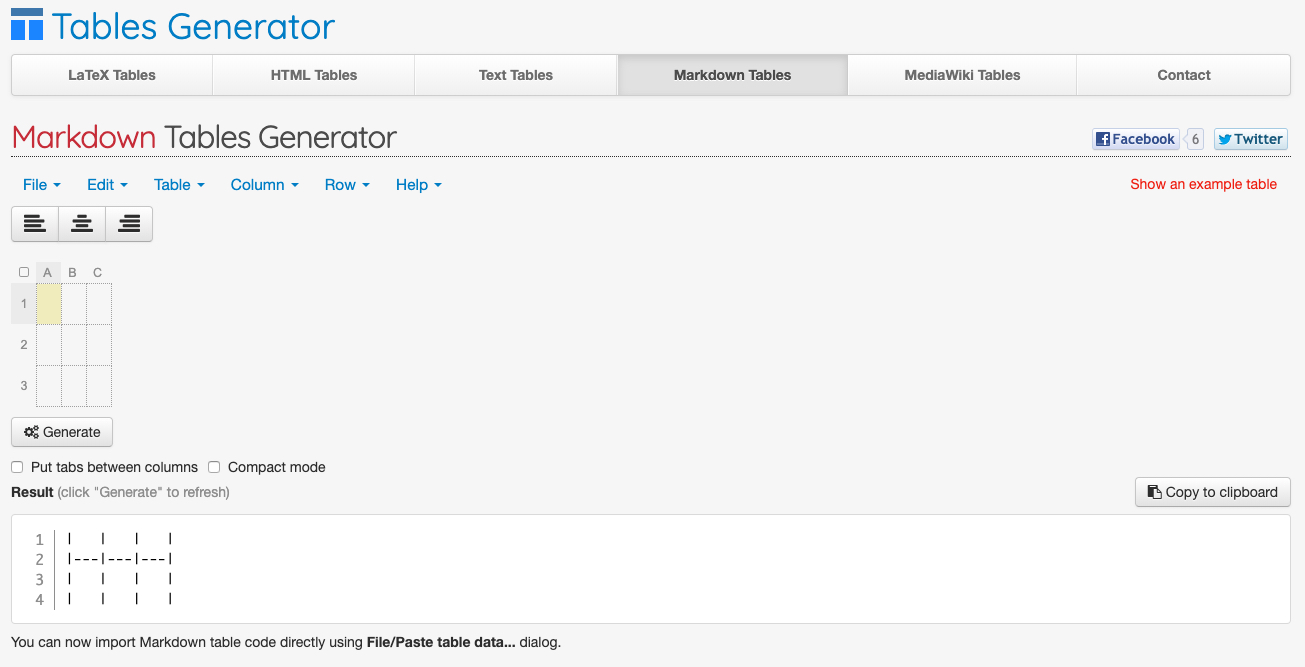 Every day SpringBoot, still do not understand RESTful API returns a unified data format is how to achieve?

Interview not know the difference between BeanFactory and the ApplicationContext?

How to design a good RESTful API

Analysis of interview questions and answers 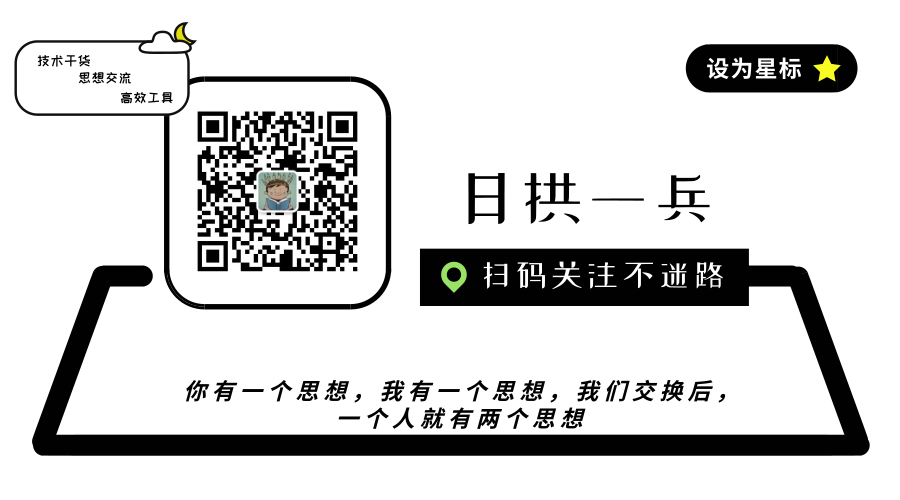