In JDK version of the world, has always made his new version of Oracle, we continue to use our old version. Three years ago with JDK 7, then finally upgraded to JDK 8. Since the upgrade did not take long, JDK began half a year to send a new version of the rhythm, gradually released 9, 10, 11, until two days before (September 17, 2019) issued JDK13. 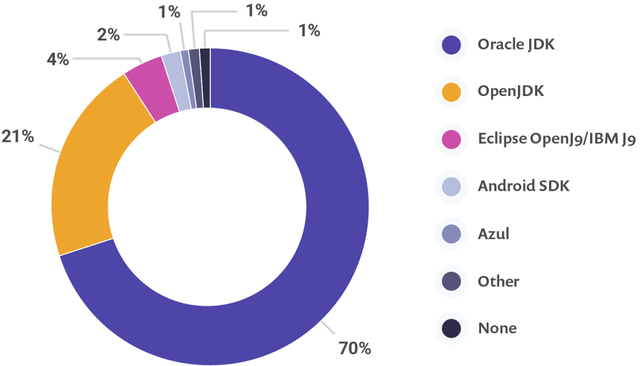 This report until now approaching a year, guess the situation should be little change. So, now with Java 8 do not panic, most people are using Java 8.

We have JDK 13, why there are so many companies using older versions. Java 8 has been quite good, and some companies are still using 7 or, worse still by 6, you say is not quite 6.

The reason for this situation, because the upgrade version is time-consuming, the most important thing is likely to affect the stability of the service, although Java is backwards compatible, but who knows is not a pit inside. In the absence of a major security breach or a significant performance improvement of the situation, most companies still mainly to stability, since Java 8 has been able to meet the business needs, then use it well.

Now added reasons, is the beginning of the commercial use Oracle JDK will be charged from January this year.

Pay is a big change for Oracle JDK, there is a way to change the version issued nearly two years.

From the beginning of January this year, Oracle JDK began after 8 Java SE version to begin commercial fee, to be exact release after 8u201 / 202. If you use a function in Java if it is for commercial purposes, if do not want to spend money to buy it, the latest version is available free 8u201 / 202. Of course, if an individual client or individual developers can try free versions of all Oracle JDK. 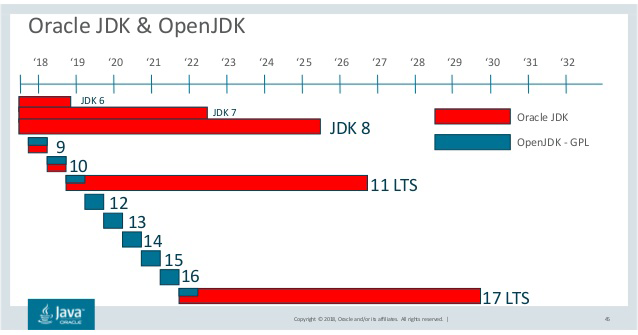 Time to stabilize the fat version, the user can adjust the corresponding Java version you are using a version made in accordance with the rhythm. But seemed to pay for increased costs, things have free use of the fees suddenly, as if a little can not accept, especially for small companies.

Mentioned above are Oracle JDK. So how do both if you want a newer version and do not want to spend money, of course, is a way. You can select Open JDK.

Open JDK is completely open source free, maintained by Oracle and Redhat and other open source organizations. Oracle JDK Open just a release of the JDK. The relationship between the two of them is like the relationship between the native Android and all mobile phone manufacturers to customize the operating system. Oracle JDK to the corresponding native Andrew system, such as would correspond to MI UI millet Oracle JDK. In addition to Oracle JDK, as well as other releases of Open JDK, such as the AWS Amazon Corretto, Alibaba Alibaba Dragonwell and so on.

Red Hat will take over maintenance of long-term support version of Oracle JDK, such as OpenJDK 8 and OpenJDK 11, and the difference between it and the Oracle JDK has been very small, safe to use.

However, the new features of the new version, I just take a look, learn a science, then concentrate on the development with Java 8.

Do not begrudge your “Recommended” Yo

Welcome attention occasionally update this and other articles in the series
Ancient kite, enter the number of the public can join the exchange group 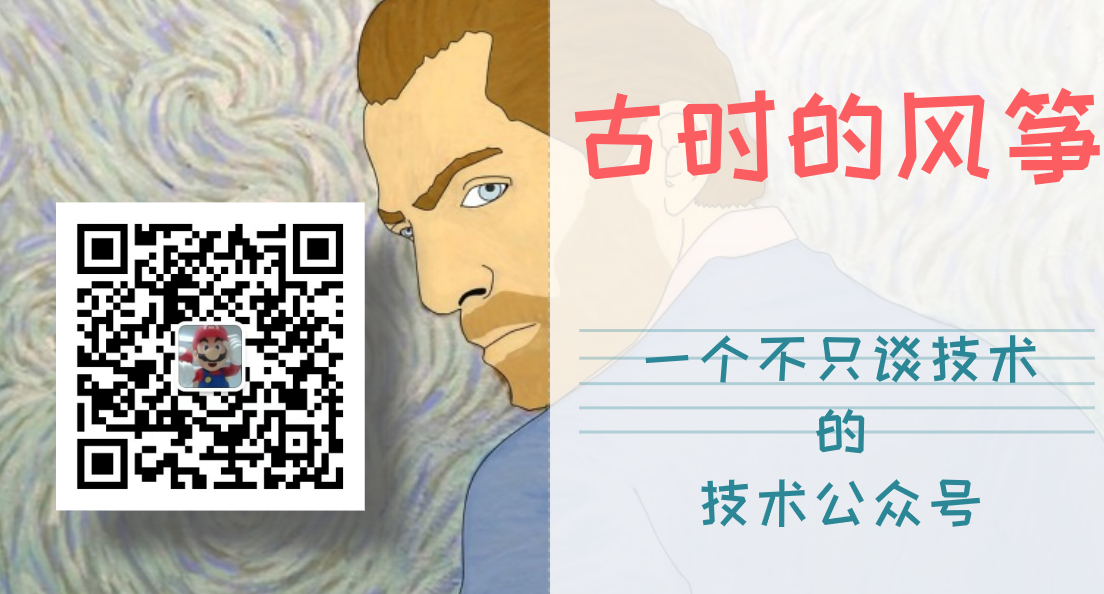