In our daily development process, in general, do not directly use the command line to operate MYSQL database, but will choose some graphical interface to help us to carry out such operations, commonly used are: SQLyog (Logo also dolphins), Navicat, or directly using an editor that comes with a graphical interface tool. I am here to develop using Navicat, he appeared in the daily use of the problem:

In Navicat’s interface, this is a very annoying message box, people often collaborative development time. There are two reasons:

First, the default maximum number of connections Mysql database are: 151,

The second is for single people to develop the project, although we are not at the same time in connection with more than 10, 100 more than enough in theory, but in addition we are using connection, there is a great part of Sleep connection, this It is the real culprit.

Analysis to the root of the problem, we need to prescribe the right medicine, in order to address:

First see what the current maximum number of Mysql connections is:

I’ve modified it here, so it’s 1000, children’s shoes that haven’t been changed should still be 100,

And then view the mysql service from start to now, the same time the maximum number of concurrent connections:

Modify the maximum number of connections in two ways

Use sql statement (to take effect immediately, but after the restart the server failure):

We can see all the current connection status by show_processlist command 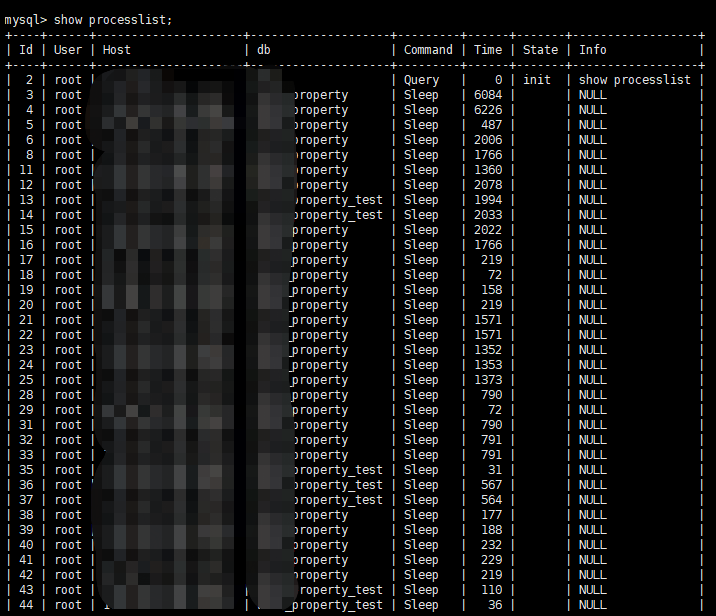 Can be found, Sleep connections majority.

Mysql database has a property wait_timeout connection is sleep maximum survival time, the default is 28800 s, in terms of hours is 8 hours, my God! This is too long! Seriously affect performance. Since the establishment of equivalent work today all over without a closed connection will not be cleaned up.

We modified it to a suitable value, here I changed it to 250s. Of course, it can also be modified in the configuration file, adding wait_timeout = 250. This value can be modified according to the project’s needs, in s. I configured 240s here in conjunction with navicat’s timeout request mechanism.

In this way, we can solve the problem Too Many Connections from the fundamental

When we use Navicat, sometimes after querying the data once, we go to code and wait for the next time we come back to open the table: is preparing… , this query may consume more than 20s of time, which is intolerable.

This time we need to find ways to solve him, first of all I am thinking of connection mysql connection is cleaned up, now being prepared by the complex … and at the same time through the show processlist linux command to view the connection status found that not. This request does not establish a connection and mysql connection is preparing the first 10 seconds.

So my analysis might be a communication connection between the database server and broke navicat led, according to navicat documentation in connection Advanced Settings there is a gap remains connected (official document – to stay connected via ping you can edit when the box is provided between the ping and ping interval) long configuration: it is set to 240s. Thus every 240s, the software will send a heartbeat request as the server to ensure that the connection is not disconnected. So we do not appear being prepared. . . And other words of 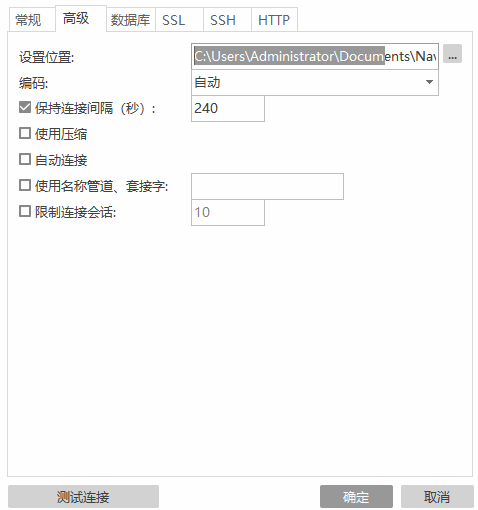